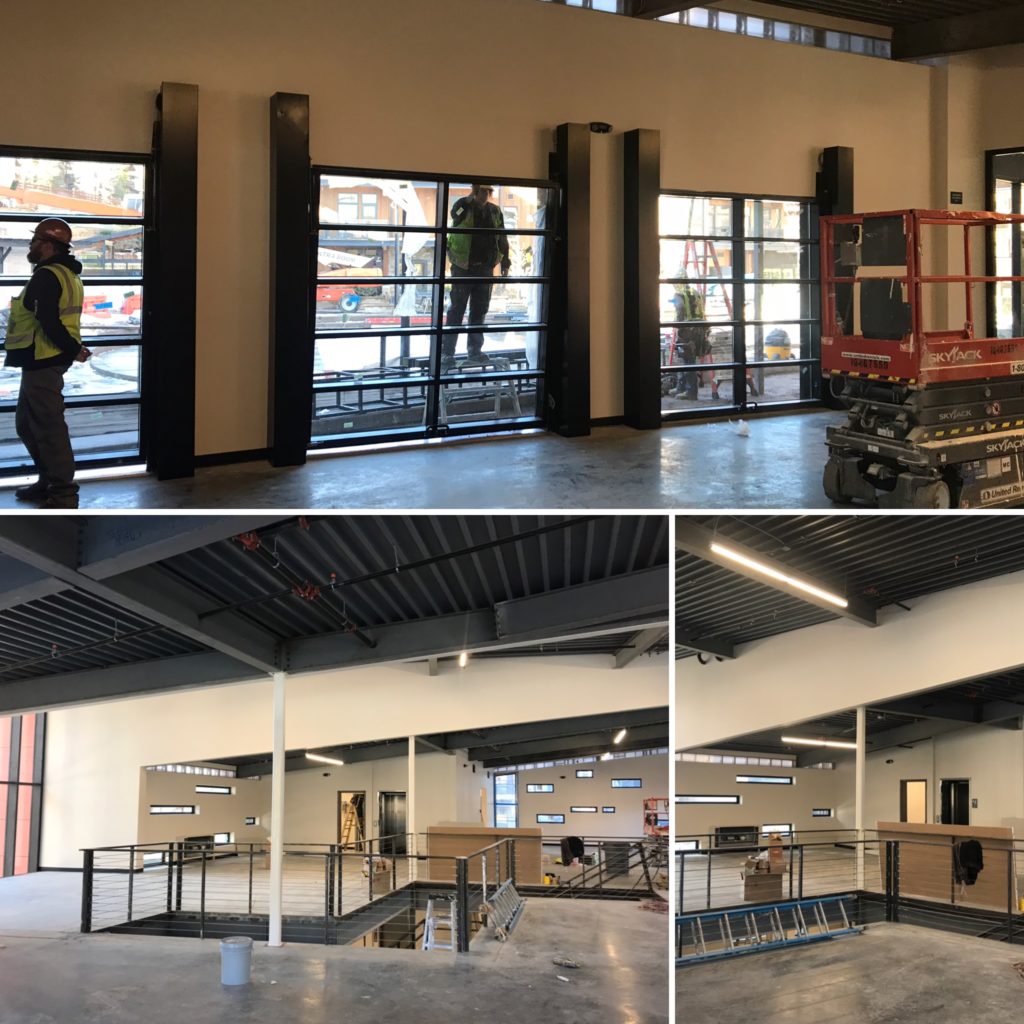 Article Written By: Erica Robbie, Aspen Times
Plans for what will soon happen within the walls of The Collective Snowmass, known to most as Building 6 of Base Village, have gone from 0 to 100 this month.

At a Town Council meeting in late September — about a year after the town solicited the community for ideas on what should occupy the space — the building’s near future remained a mystery and the developers offered little update.

To date, The Collective boasts a diverse winter calendar featuring partnerships, programming and pop-ups with businesses and nonprofits based in the valley and beyond.

At least part of the recent progress can be attributed to Dawn Blasberg, who was hired by East West to serve as Base Village plaza manager on Oct. 1. The 8,701-square-foot, two-story community-use building is one of the structures surrounding the ice rink plaza, which will be open at no charge to anyone this winter. Skate rentals also will be free to all but only this season.

“It was a crazy first two weeks, and it’s been a wild ride since,” Blasberg said Friday.

Blasberg is familiar with Snowmass and local development, having lived in the village for 15 years and worked for Chaffin Light and most recently with Related Cos.

RECOMMENDED STORIES FOR YOU
Another addition to The Collective group is Sara Halferty, who worked in sales at East West and started a new role Sept. 1 as Base Village curator.

The pair works together closely to see that the space is intentionally programmed to offer a “cool multi-dimensional experience,” Halferty said.

In conjunction with Base Village’s grand opening Dec. 15, The Collective will house a holiday pop-up through the end of the month featuring Lululemon, Anderson Ranch, Hollyann clothing boutique out of Basalt, local pastry chef Lisa Jo Anderson and the Telluride-based Woodland brand.

Also beginning mid-December and spanning through the winter season, a prefab, modular apres-ski bar will be set up outside the building on the plaza level.

After the holidays, The Collective will host a score of partners on a more regular basis, including Aspen Center for Environmental Studies, Snowmass’ Camp Smashbox, King Yoga Aspen, Spellbinders out of Carbondale, local magician Doc Eason and musician David Dyer.

ACES, in collaboration with the nonprofit Snowmass Discovery and the town, had been the original frontrunner to curate a discovery and climate center inside Building 6 until the nonprofit declined a lead role for financial reasons.

Blasberg said she is still finalizing a few other partnerships, particularly with live bands and artists, like Denver’s rock-flamenco performer El Javi.

Beyond the holiday pop-up, Anderson Ranch also will be a mainstay inside the space, with children’s programs, gallery exhibitions, workshops and “meet the maker” events scheduled through the end of March.

“Pretty much any contact I had in the community, I contacted,” Halferty quipped. “It’s been such a process.”

Blasberg and Halferty intend to launch a live calendar detailing all Base Village and Collective events at http://www.collective snowmass.com on Nov. 15. The Collective also can be booked for parties.

Inspired loosely by The Temporary art campus in Basalt, Blasberg said, the idea behind The Collective name is that the space will offer a collection of art, music, culture, activities and more.

The “Village Hall” moniker for Building 6 that East West and the town of Snowmass floated around for awhile is no more.

Local Kara Gilbert, who co-founded the kids’ Camp Smashbox with her husband in 2010, said, “I feel like this is a really unique offering in a ski town.”

Based out of the Snowmass Chapel, the camp was only able to offer summer operations until The Collective offered it space this winter, Gilbert said.

The aim is to connect kids with one another and the outdoors through “old-school outdoor play, like in the days of childhoods of past,” she said.

“I’m just really excited to be involved,” Gilbert said. “I don’t know of other ski towns that have something like The Collective.”

What folks will not find inside The Collective this winter are fossils and other findings from the Ziegler Reservoir discovery.

Snowmass Discovery is working with East West and the town to determine “how to best populate the proposed space in Building 6 with a climate education story that incorporates the Ziegler discovery” in the future, the nonprofit’s chairman John Rigney wrote via email Tuesday.

“That process has begun and the hope is that this group can develop a storyline and corresponding imagery that generates excitement and makes sense for the space,” Rigney wrote. “Ultimately, it comes down to whether this leads to a shared vision of The Collective group. If consensus is achieved, then the real work on that space can begin and together the group will decide on appropriate next steps.”

Rigney did not specify a timeline, only offering, “we’ll learn a lot in the upcoming months.”

While the findings will be absent from Base Village this season, the story will live on at the Snowmass Mall, only in a different spot.

The Ice Age Discovery Center, which the town of Snowmass operates and funds, is currently relocating from its pedestrian-level storefront to a smaller, second floor space above the former Rocky Mountain Chocolate Factory.

“It will be somewhat smaller, but we think it’s going to accommodate all of our exhibits well,” Snowmass Town Manager Clint Kinney said.

Landlords in the past and current have subsidized the space’s rent as a communal asset. A full-paying commercial tenant will take over the previous Ice Age center, Kinney said, while the mall owner is offering the downsized space to the town at no cost.

Kinney credited The Romero Group, which purchased the majority (80,000 square feet) of the Snowmass Mall in late June, for giving the town “plenty of notice and being very accommodating with this community facility.”

Based on conversations, the Ice Age Discovery Center is expected to operate in its new space at least through this winter and next summer, Kinney said, noting there has not been a lease because the space is free.

While plans are progressing inside The Collective for the upcoming season, by next winter it will look and operate differently.

Upon closing its doors March 31 before the end of the ski season, construction on a full-scale restaurant that will occupy much of the building’s first level is expected to start April 1. The food and beverage operator is still to be determined.

As the developer, East West was required to construct the building at a cost of approximately $6 million to $7 million. East West also committed to finance an additional estimated $2 million of tenant finishes for the building.

As part of initial Base Village approvals, the developers agreed to construct and grant Building 6 to the town to serve a communal purpose.