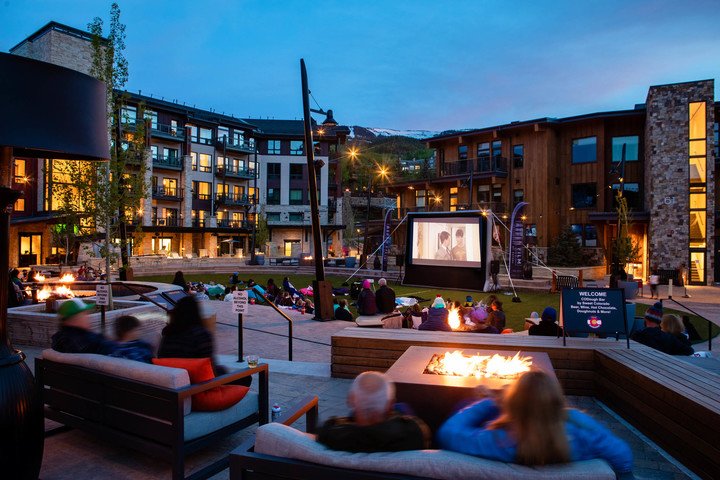 Pack your blankets or low back chairs and bring family and friends to the rink at Snowmass Base Village for Movies Under the Stars, an outdoor film series in partnership with Aspen Film. On select Saturdays, Base Village will screen classic films featuring movies from the 70s and 80s. Bring a picnic and enjoy popcorn and shaved ice, or bring in dinner from one of the delish restaurants. Beer and wine will be available.

Movies start at dusk (approximately 8 p.m.). Parking in the Base Village Garage is FREE!

June 29
Meatballs
A 1979 comedy about high jinks at a low-end summer camp. A counselor trains the new employees, mentors a lonely outcast and helps kids during their annual competition against the wealthy attendees of a rival camp. The movie was Bill Murray’s first film appearance in a starring role.

For all events and activities this summer at The Rink, visit thecollectivesnowmass.com. To learn how you can make Base Village your home, visit allinsnowmass.com.